It’s been a minute since I’ve blogged here. I have a few good reasons, but one of the bad reasons is that I’ve been too busy getting into fights on Facebook and creeping on Instagram fights. That’s always been a weak spot of mine; I love a good argument, and I can usually find one in less than three clicks. But halfway through undergrad and a presidential election, I noticed it was taking too much of my time and peace, so I swore off.

Until recently. The “summer of shame” we just endured brought out my dormant keyboard warrior. Being on the internet right now for a Catholic is like watching someone trash talk your mom. Some things you just can’t sit by and watch. I’ve been careful who I follow, but I can’t avoid the drama completely. Last week I got into a “discussion” (that’s a major understatement) on my husband’s profile, of all places. For two days I was totally bent out of shape, and my heart rate would jump a little every time I got a facebook notification.

It was not mentally healthy, to say the least.

Finally, I had a rare burst of maturity and realized the conversation wasn’t going anywhere, wished my opponent well, and let others take over. As I watched the conversation continue without me, I spent some time developing my new rules for commenting on social media.

THINK before you type

Is it True, is it Helpful, is it Inspiring, is it Necessary, is it Kind? Or as Thumper told us, “if you don’t have anything nice to say, don’t say nothin’ at all.” Maybe you learned the acronym in elementary school, but it seems like most of us have forgotten it. Charity doesn’t get to be thrown out the window just because we are typing. We still have to treat each other with decency as human beings.

No one was ever convinced by cruelty or a really good burn (aka ad hominem attack). There was a discussion about communion in the hand going on Facebook, and one woman was making the absurd claim that “God doesn’t really care if He gets stepped on. He is merciful and He understands.” I was totally on her opponent’s side, until her opponent declared, “This person doesn’t even belong on a Catholic page! Get out of here you filthy tranny freak!” I just about jumped on the side of the woman (who wasn’t a transsexual, by the way, she just had short hair).

If you’re attacking the other person, you’re doing more harm to your argument than theirs. And you’re hurting the reputation of everyone on your own side as well. For all intents and purposes, the personal characteristics of your online opponent are totally irrelevant. Don’t assume, and don’t attack.

There is no award for getting the last word

Back in my debate club days, the formal nature of the debates took some getting used to. We each had an opening statement, a few rebuttals, and a closing statement. Who went first or last had no effect on who won. The ideas and arguments stood for themselves.

If my goal online is to just get the last word, I’ll be going forever. So now, if the argument is getting out of control, I’m learning to bow out with, “Thanks for giving me something to think about. I hope both of us keep researching and learning about this topic. God bless.” And then just leaving! I’ve tried it a few times and it ended pretty well. Even if the person on the other end of the internet trash talks you for leaving, who cares. You’re not losing anything and no one is going to remember tomorrow anyway.

I’m here to evangelize, not to boost my ego

If I feel really drawn to an internet argument, I try and run through the Litany of Humility really quick. It’s very tempting to throw my very limited knowledge around and “school” some ignorant folks, but there’s always someone smarter than me out there anyway, and it’s actually harmful to my soul to go hunting for an ego boost.

We should be very discerning online, doing our best to figure out if others in the discussion really want a discussion or just a fight. If I really believe that others are open to what I have to say, then I go ahead, but if I’m just giving them someone to pick on, it’s not worth the effort or time. I did a quick Instagram survey last week, and only 17% of people I asked said they had ever seen a productive online debate. They do happen, but they are rare.

There are other people watching, always, hence the “social” in social media. So it might be worth witnessing the truth (I’m always fond of trolling pro-abortion pages, but I get banned pretty fast each time), but if we are sharing the truth without charity, we could be doing more harm than good.

“Keyboard Warrior” is neither a primary nor a secondary vocation. Your vocation always trumps anything you are discussing online. If an online debate is stealing my peace, consuming my time, and preventing me from giving my best to my job or my family, I have to step back.

I have to always safeguard my own peace first. If I don’t have peace and charity in my soul, I cannot communicate that online or at home either. As soon as an unnecessary discussion is robbing me of calm, I have to leave it alone.

Will I swear off keyboard warfare? No, probably not. The voices of Christians are very needed on the internet. But going forward, I hope to be more discerning and charitable as I spend my time online.

Do you have any helpful guidelines for creating productive discussion online?

5 thoughts on “Meditations on Keyboard Warfare” 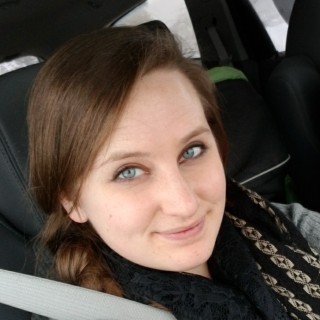 Hi! I'm a young wife and mother of two boys in the great state of Michigan! I stay at home on weekdays, and work as a music minister at our Catholic Church on weekends.